Stella was born in Buenos Aires, Argentina, from Portuguese and Italian roots. Her artistic talent was recognized with several awards since childhood for the passion and devotion in the Fine Arts and music fields. Stella had an introduction to Fine Arts in Lisbon, Portugal and graduated from Commercial Design at George Brown College in Toronto. She was the founder and Creative Director of 17 Designs, a Graphic Design and Web Development company for 20 years. 17 Designs was the Award winner of the Mississauga Business Enterprise Centre in the Emerging Business category in 2001. 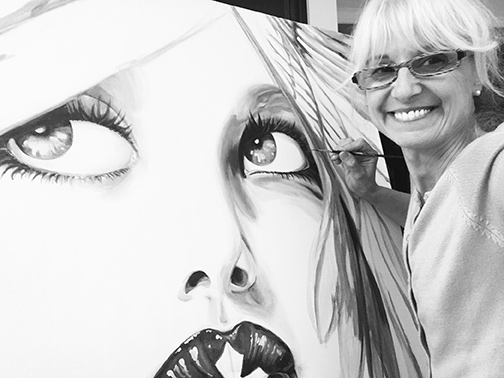 Stella has a passion for fine arts and her devotion was recognized with several awards since childhood through exhibits at numerous shows and galleries including: 1st price at Constructions in the Sand in Estoril hosted by Correio da Manhã in 1978; Winner of the 1st prize with a collage by the Consulate General of Portugal entitled “Natal Português”; and 1st prize “Best in Show” Mississauga Juried Arts Show in 1988. Her multiculturalism has influenced her art in many ways. Her palettes are spirited and vibrant, her themes are unexpected. In 2015 Stella had her first solo exhibition entitled “Being Woman” (“Ser Mulher”) at the Casa do Alentejo, Galeria Alberto Castro in benefit of Abrigo Centre to assist with program for women and children victims of domestic abuse.  In 2017 Stella produced a collaborative exhibition entitled “Reflections” with her son Kurt Jurgen (Landscape Photographer) and Christopher Banfalvi (Metal Artist) held at the General Consulate of Portugal.  Fifty percent of the sales were donated to the Abrigo Centre to assist with programs for women and children victims of domestic abuse in the GTA. 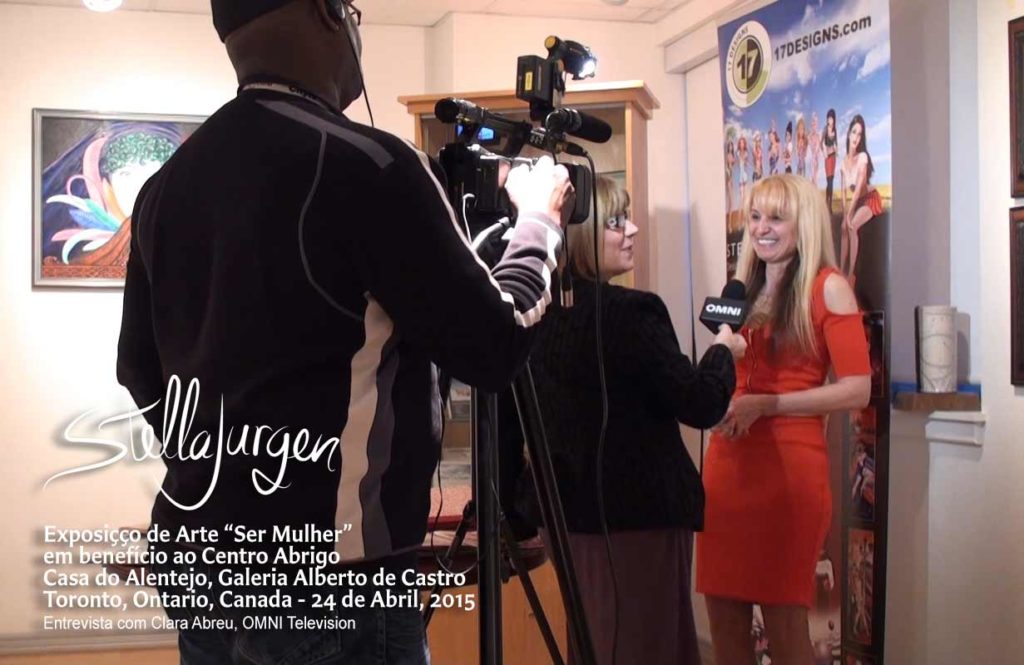 Stella was the featured painter & entertainer at the Luxury Chocolate Show 2016 and Abrigo Centre “Women’s Day 2018″. She is also an active participant at numerous “Art Battle” events around the city.  Stella was commissioned to paint a fine arts collection of six paintings 4ft x 6ft and five stainless steel sculptural signs for Perspective Condominiums located in Etobicoke entitled “Natural Perspective”.  Stella was a contributor artist for Wearable Therapy, Lake Life and Stand-Up, Speak-Up Apparel illustrating artwork that reflect a positive attitude towards difficult issues such as violence against women, addiction, bullying and discrimination.  By her own initiative, she designed and produced a full collection of clothing and purses for her first fashion show for the “Circle of Friends” Breast Cancer fundraiser in benefit of The Princess Margaret Cancer Foundation in January, 2018. 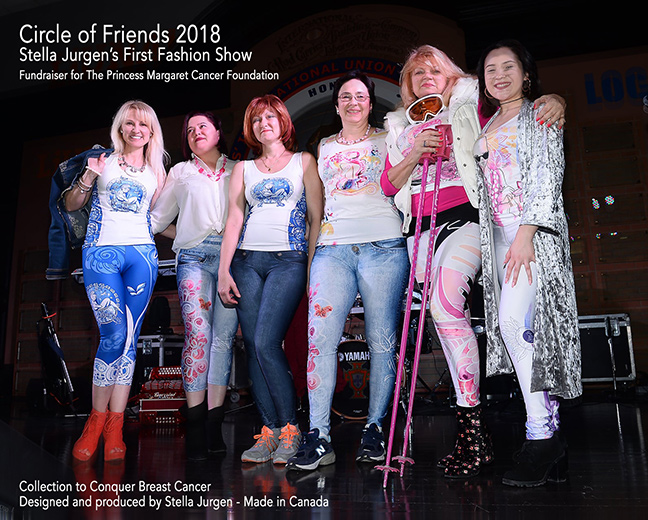 Stella’s art was published in the “Art Bites” book produced by the Arts on the Credit in 2018 and exhibited at the Artworld Fine Arts Gallery. Stella was a finalist nominee for the prestigious Waterfront Awards 2018 in the Arts and Culture category celebrating outstanding women in benefit of Abuse Hurts (Canadian Centre for Abuse Awareness). Her solo exhibition “Kissed” was hosted by The Peach Gallery in Toronto from Sep. 28 until October 21, 2018.  On this event, Stella featured a collection of paintings, illustrations and for the first time she exhibited her textile art.  A percentage of the proceeds were donated to the Abrigo Centre.  Her talent and devotion to the arts landed the cover of the magazine “Amar” on the October, 2018 Issue and vast coverage of the event was showcased on Camoes TV, City TV and CHIN Radio.  “For the Love” was her latest solo exhibition hosted by Engel & Völkers Oakville, an exhibition dedicated to Valentine’s Day – 40% of the proceeds will be donated to the Special Olympics. 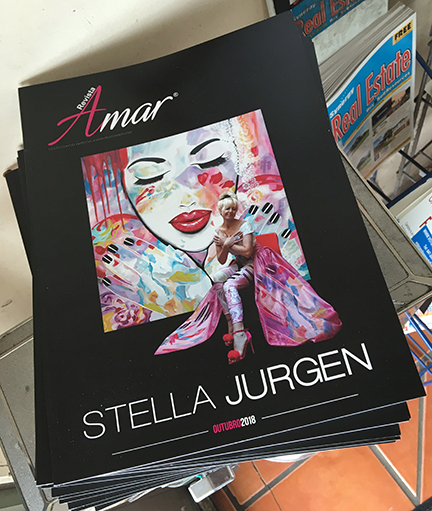 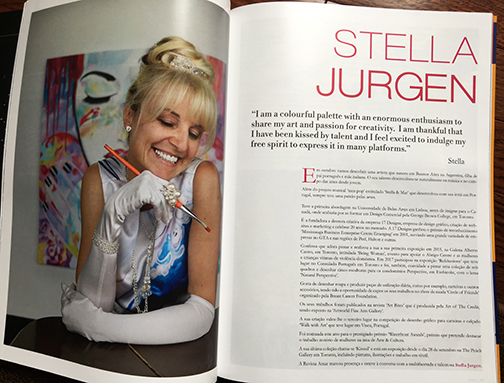 Stella is the Artistic Director of MDC Media Group, a Portuguese cultural multi-media company located in Toronto that produces a quarterly and monthly magazines a weekly newspaper, radio and TV.  She is the cartoonist for the Milenio Stadium newspaper and she is also the Host and Producer of her own TV show titled “Stella’s Studio” on Camoes TV. Her passion for the arts and music goes beyond her own creations, as she is devoted to help other artists by promoting their work on her show. Camoes TV airs on Cable Bell Fibe channel 649, Rogers Cable channel 672 and Ignite TV channel 880.  To watch “Stella’s Studio” visit https://camoestv.com/category/producoes/stellas-studio/ 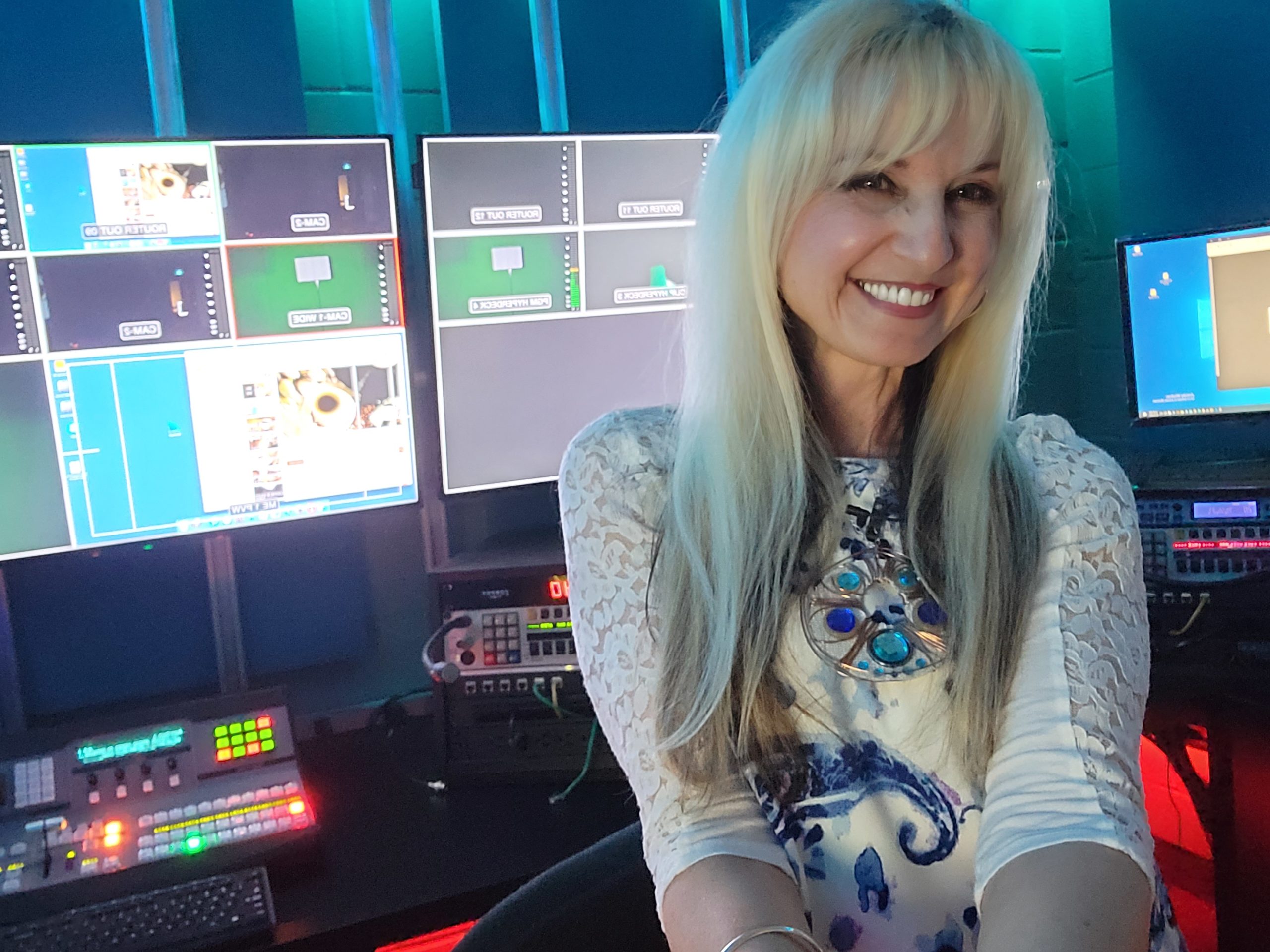 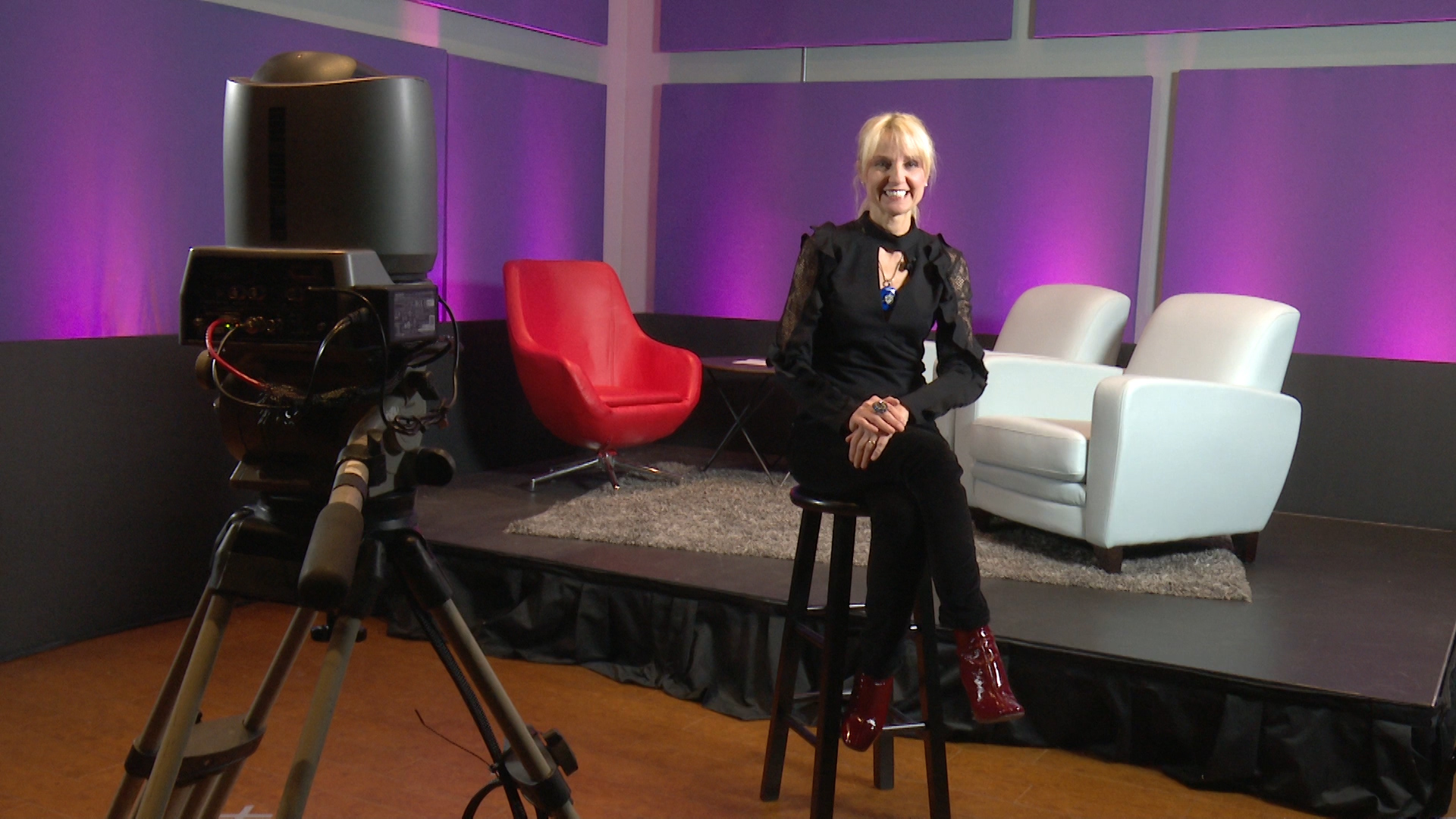 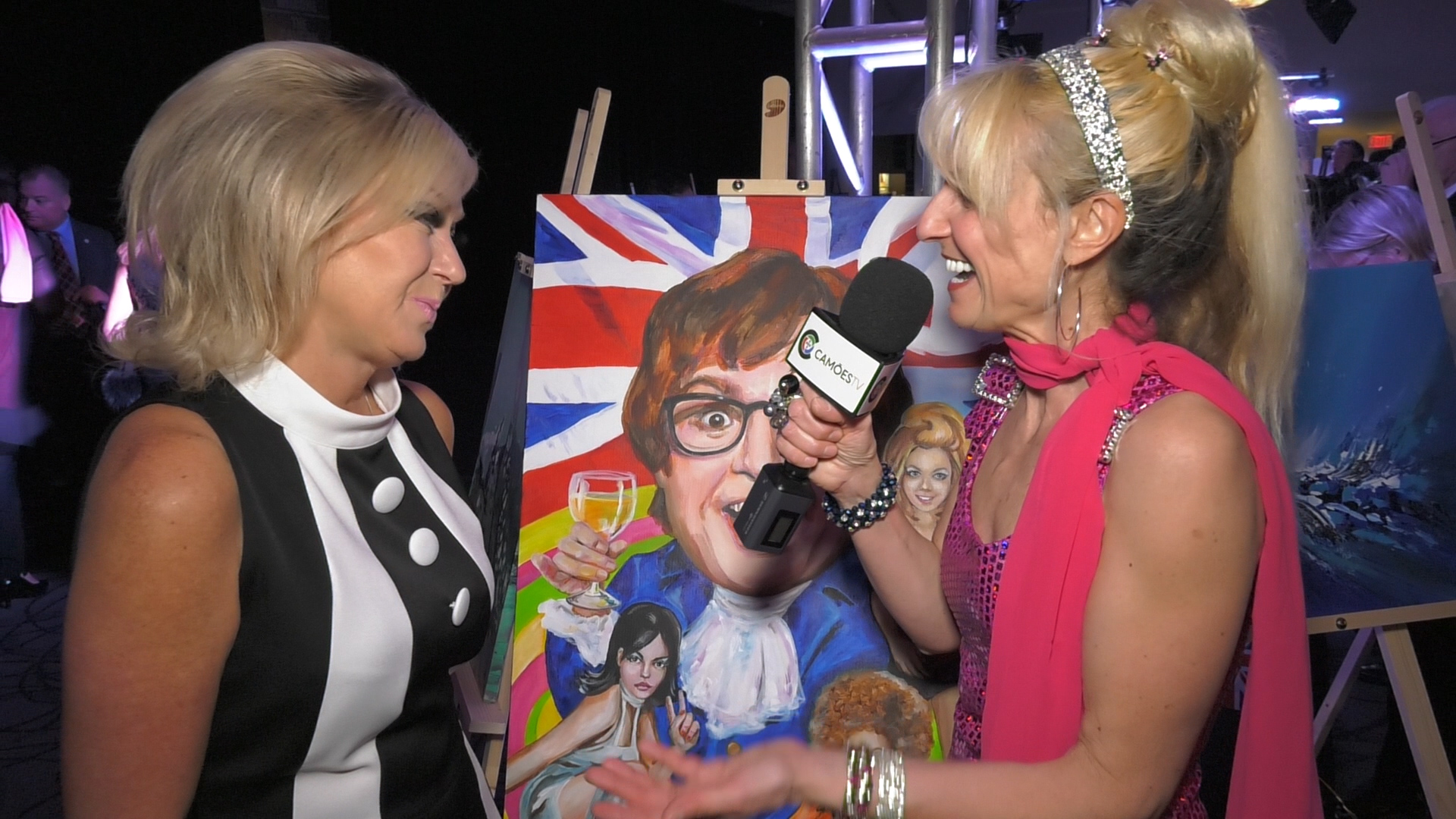 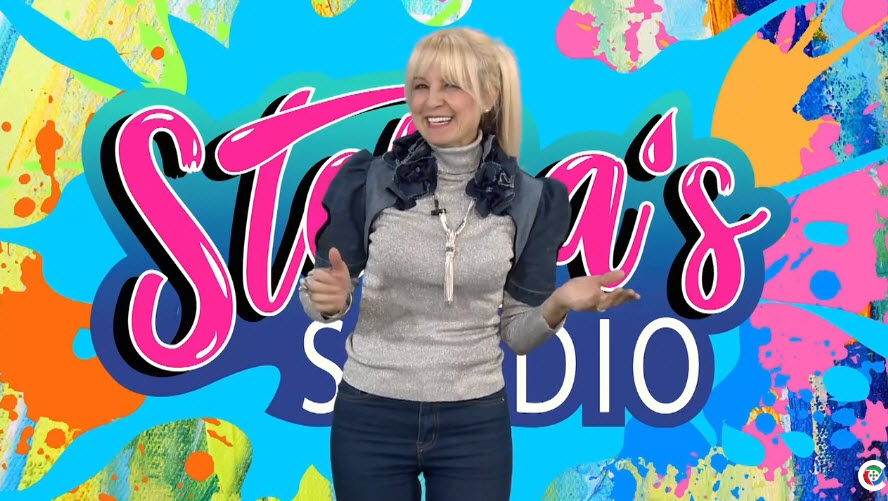 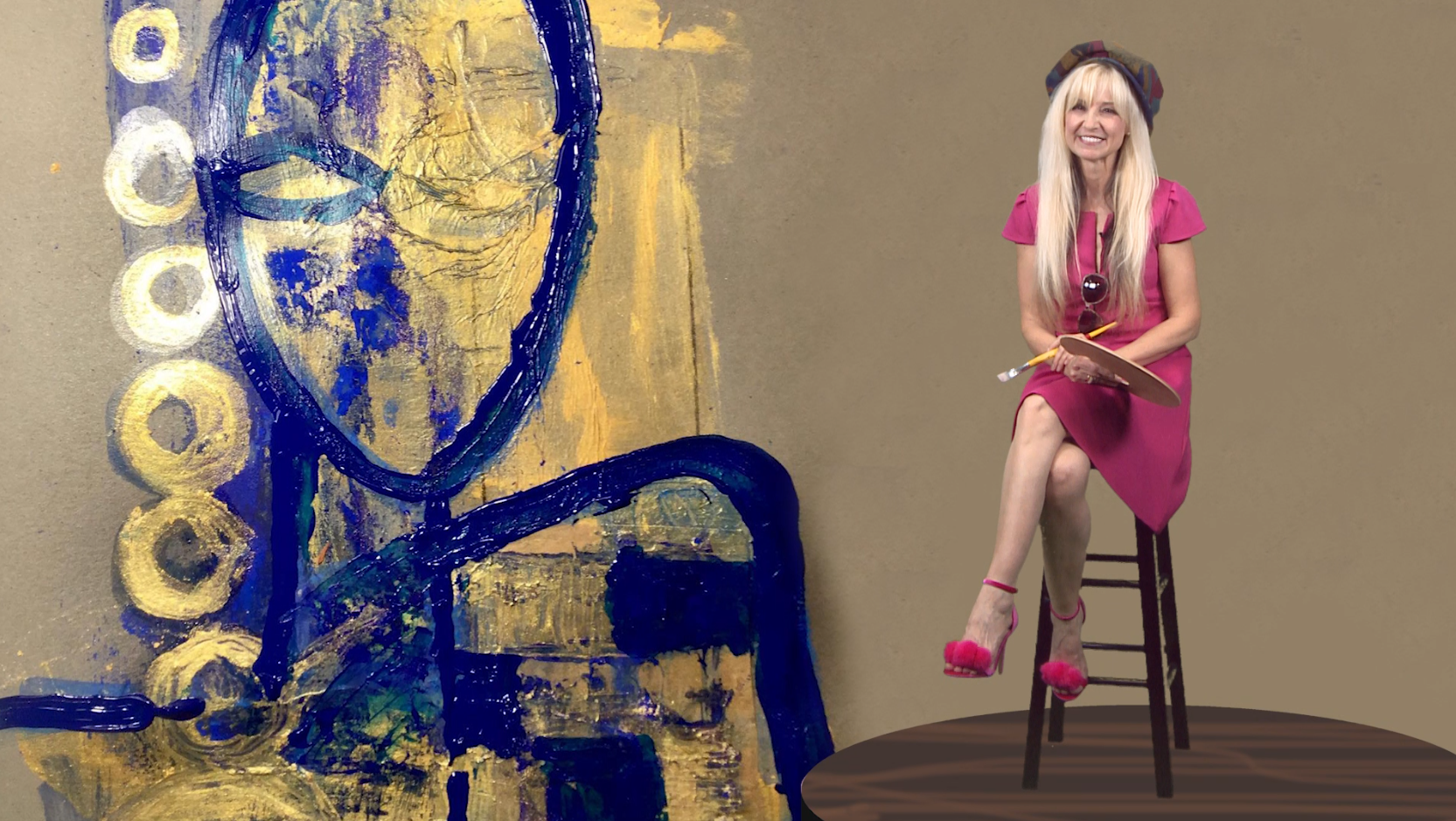 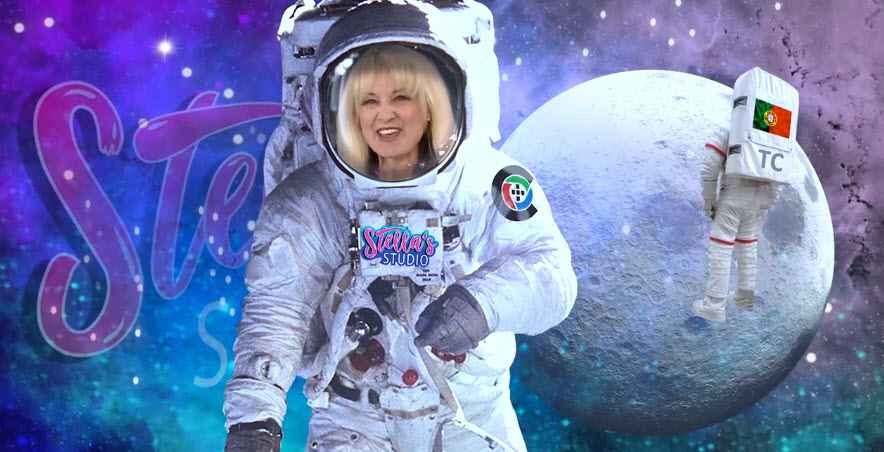 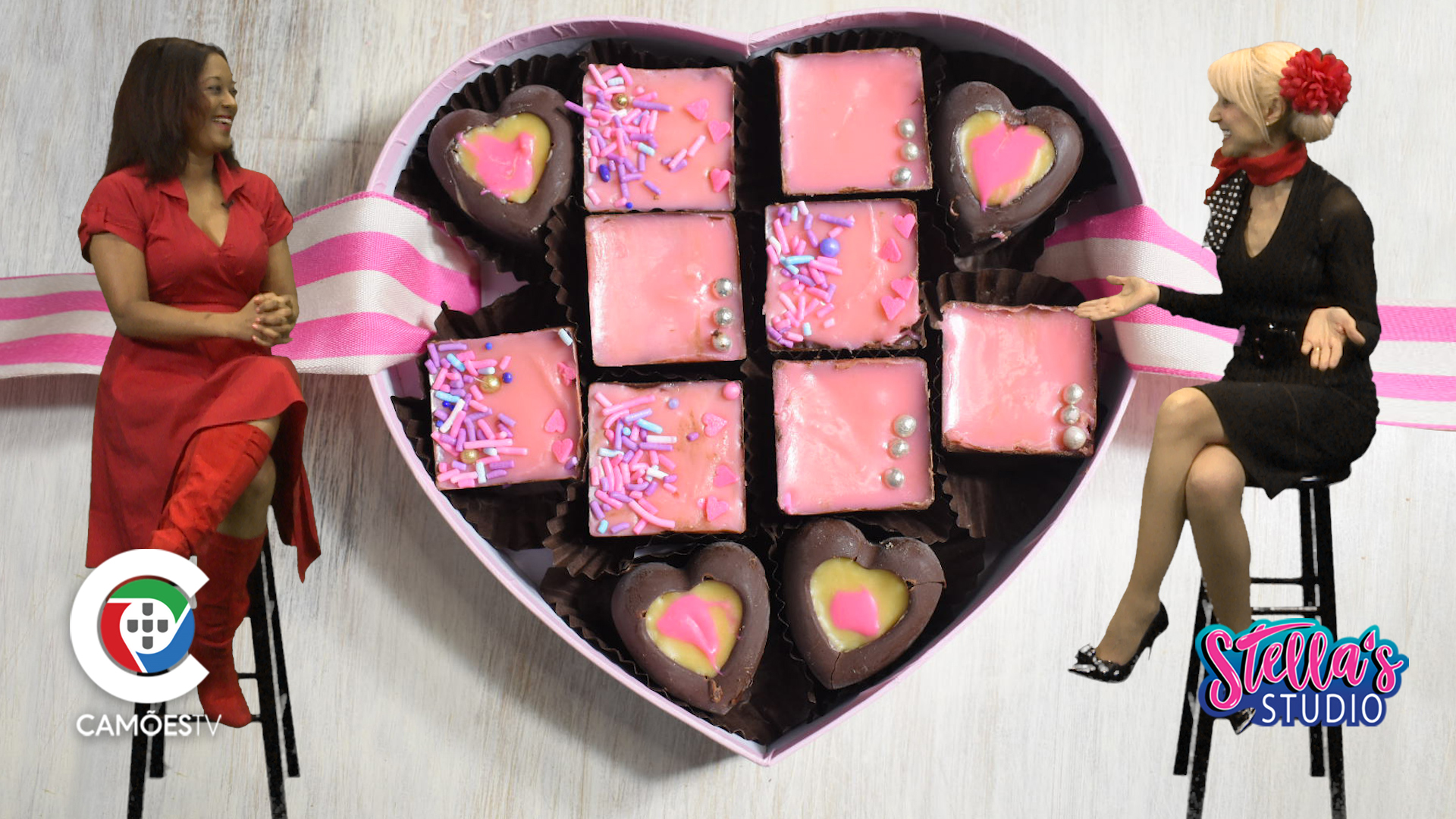